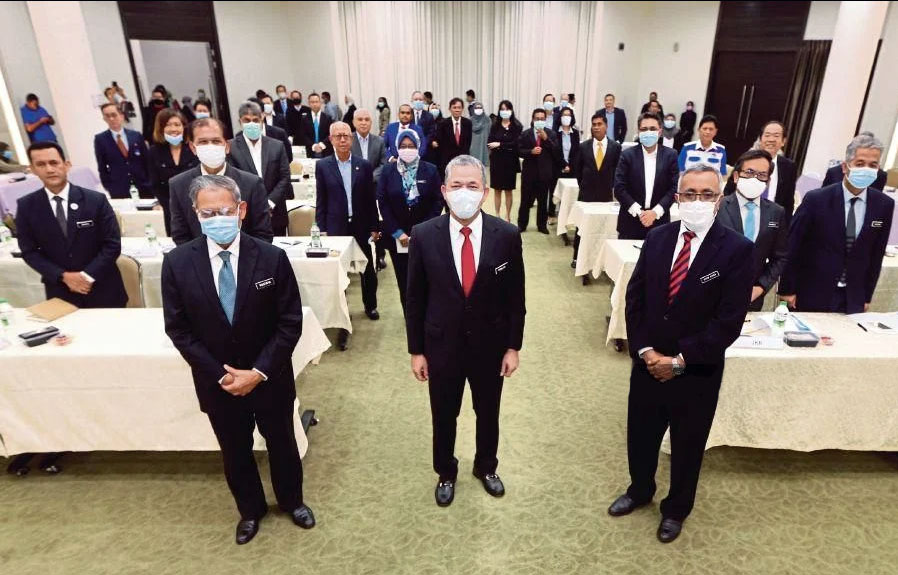 KUALA LUMPUR: The global Covid-19 outbreak continues to leave a lasting impact on the construction industry in the country, which sustained RM18.5 billion in losses during the initial phase of the Movement Control Order (MCO) between March 18 and April 28.

Senior Works Minister Datuk Seri Fadillah Yusof said RM11.6 billion in losses were recorded between March 18 and April 14, and another RM6.9 billion were recorded following the reopening of 13 sub-sectors.

“The most significant impacts were caused by financial issues, project delivery and labour constraints.

“These include loss of workforce and labour wages at a rate of 30 per cent, which was worth RM3.3 billion, and the decline in the use of construction materials by 42 per cent worth RM4.6 billion,” he said at an engagement session with industry players here yesterday.

Inspections by the Construction Industry Development Board on 7,590 construction sites nationwide from April 20 to Sept 20, meanwhile, found that 149 sites still had not resumed operations, Fadillah said.

Of the 149, he said 45 were still closed as they were still facing financial issues.

Fadillah said the lack of funding and high overhead costs also contributed towards the decline of the construction sector.

“Because of the pandemic, the cash flow in the whole supply chain was affected.

“Usually, claims will be given within one to two months, but since the pandemic, it will take up to three to six months,” he said, adding that the government would help facilitate growth by engaging with banks to help with repayments.

Mustapa said he proposed the formation of a high-level committee, which would meet bi-monthly to address issues faced by the industry players and jolt Malaysia’s construction sector.

The committee, he added, would act as a platform for industry players to raise issues, including those involving red tape, and the differing rules between states and local governments, among others.

He also said the construction sector recorded the biggest decline this year at 44.5 per cent.

The paragraph highlighted is the ACEM’s proposal which has been adopted by the government during the recent high level meeting on 22nd September 2020, attended by Minister of Work and Minister in Prime Minister Office (Economic), head of government agencies and head of construction industry main players. The proposed formation of a high level committee, which will meet bi-monthly to address issues faced by the industry players and jolt rejuvenate Malaysia’s Construction Sector.